The education of children has always been an important part of the work of the Fathers of the London Oratory in Brompton, Knightsbridge.
Home
/
About
/
Our History 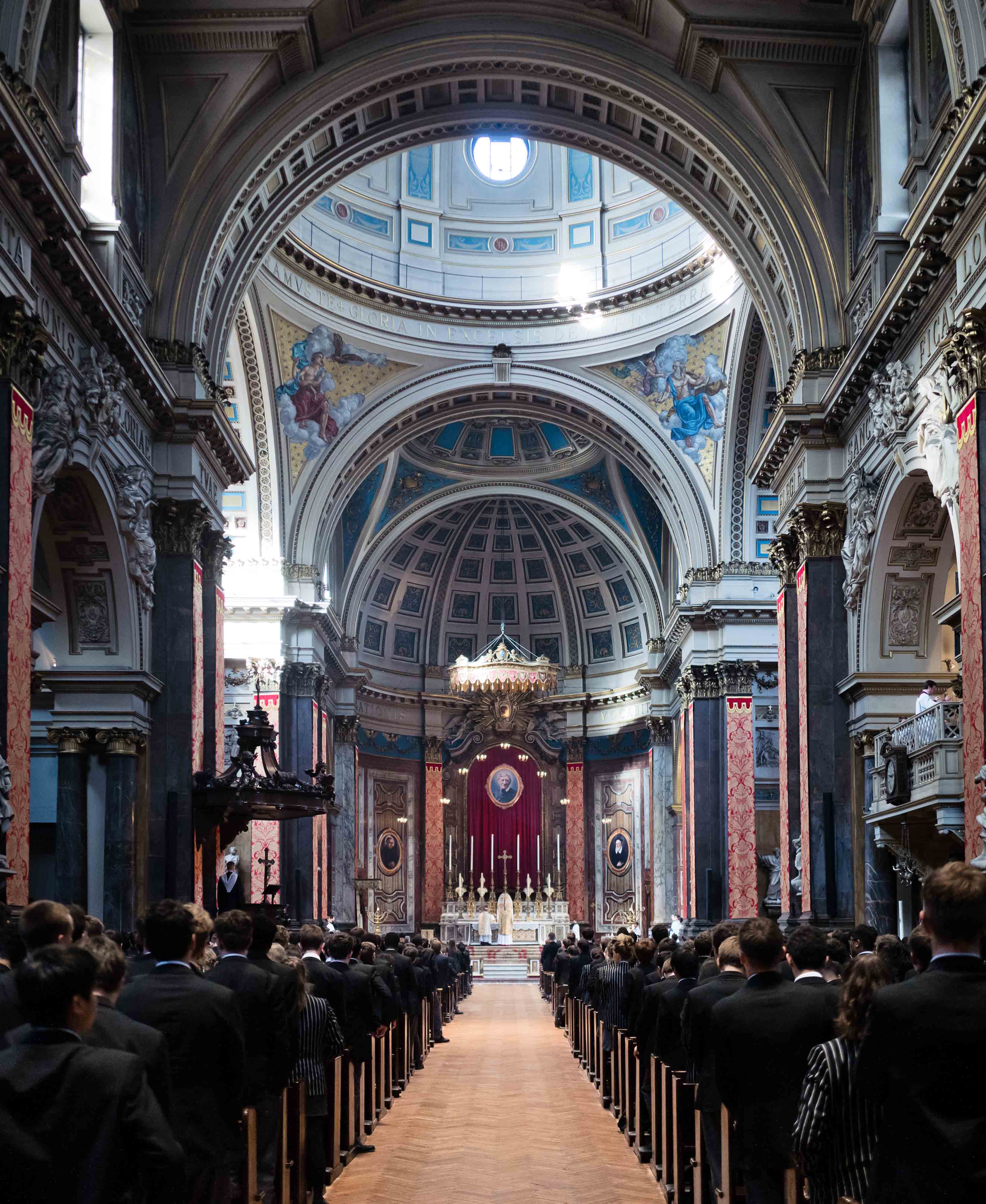 The Story of The London Oratory School

The education of children has always been an important part of the work of the Fathers of the London Oratory in Brompton, Knightsbridge. They opened their first school in King William Street in the City of London in 1852 and two parochial schools in Chelsea in 1856. Seven years later, in 1863, at the request of Cardinal Wiseman, who wanted to provide a wider education for Catholic children than was available at that time, the Oratory Fathers established a school for boys in Chelsea, and in 1870 a school for girls staffed by the Daughters of the Cross. These schools were fee paying and they were the forerunners of the present school.

Both schools flourished but in the early part of the last century Cardinal Vaughan asked the Oratory Fathers to inaugurate the first Central Schools for Catholic children. This they did in 1912, developing the two schools which ceased to be fee paying, into Central Schools on a site in Stewart's Grove, Chelsea. In 1959 the two central schools were amalgamated and in 1962 the Daughters of the Cross were withdrawn after almost a century of devoted work. In 1963 the school was classified as a four-form entry grammar school admitting only boys since there were already many more selective places for girls than boys in the schools in the diocese.

The School moved to its present site in 1970, becoming an all-ability school for boys, with six forms of entry (180) at 11+, with girls being admitted annually to the sixth form.
‍
In September 1989 the School, formerly a voluntary-aided school, became a grant-maintained school, continuing in the trusteeship of the Fathers of the London Oratory, who own the building and grounds and appoint the majority of the governors.
‍
A Junior House, occupying a newly built block adjacent to the Arts Centre, was opened in September 1996, to which 20 seven-year-old boys are admitted for a specialist music education, with a strong emphasis on Catholic liturgical music.
‍
Under the Academies Act 2010, the School converted to Academy in August 2011, and is thus a single school Academy Trust - effectively a state-funded independent school, free from Local Authority control.