The London Oratory School Sixth Form experience is distinctive in that a greater degree of personal responsibility is assumed, and pupils are supported into this.
Home
/
School Life
/
Sixth Form

The London Oratory School Sixth Form experience is distinctive in that a greater degree of personal responsibility is assumed, and pupils are supported into this. Moreover, scope is provided for wider conversation and intellectual and cultural exposure, creating opportunities that will ensure pupils are able to move confidently in the world after their departure. Whilst recruiting predominantly from internal pupils, the Sixth Form is open to external applicants, including girls. The latter form an important, integrated element of the School, and have been a much valued part of the Sixth form since its inception in 1970.

Through its offer of a traditional, high currency set of A-levels and its wider curriculum, it aims to promote the intellectual virtues of studiousness and intellectual seriousness. It emphasises exposure to the very best that has been thought, said and done across a diverse range of human experience and endeavour.

Whilst admissions from the Oratory Sixth Form into Oxbridge and other Russell Group universities are fiercely competitive by any measure, with Oxbridge entrance customarily reaching into double figures, and Russell Group entrance hovering around the 75% mark,  pupils also transition successfully on to a wide range of other strong universities and competitive pathways. Whatever the chosen pathway, pupils can be assured of very experienced pastoral, academic and other specialist support. Careers advice in the Sixth Form is exceptionally focused and enables all pupils to have as full an exposure to the wealth of opportunities the world of work can provide, in addition to supporting pupils into discerning where their own individual strengths may lie.

Sixth Form pupils are expected to play a full part in the wider life of the School, especially its House, co-curricular and religious life.  There are plenty of opportunities for meaningful leadership roles through the Senior Prefect positions, where senior staff mentor pupils into the initial challenges of leadership and of taking on responsibility for others.

Whether pupils are joining us as externals, or progressing through to the Sixth Form internally, we provide full support in becoming a fully fledged Sixth Form Oratorian in no time at all! 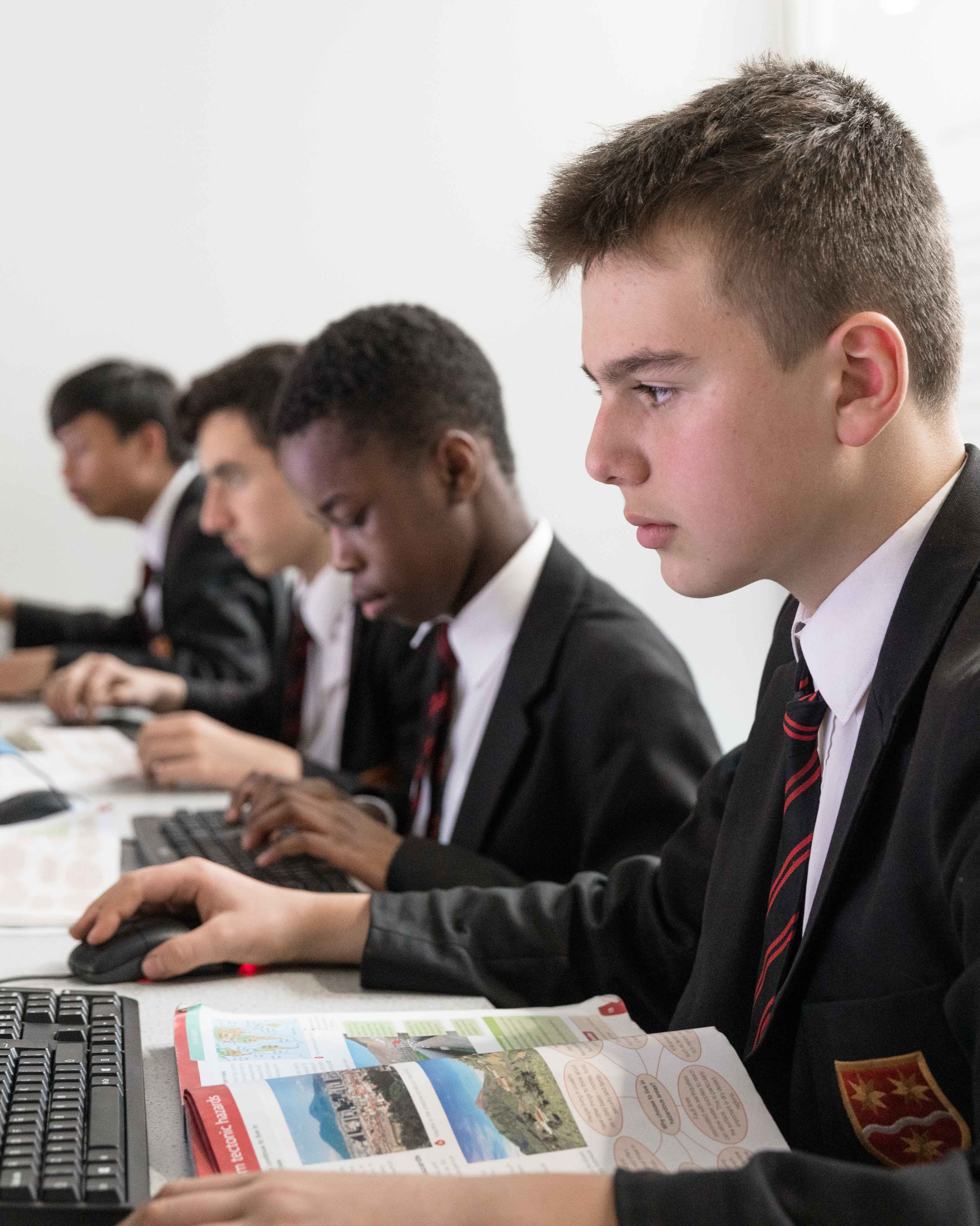 The intellectual life of Sixth Form is made up of discrete subjects taught be specialist teachers, sometimes in specialist classrooms, located in the senior school.  At the base of the curriculum is RE, where pupils learn about their Catholic faith, how to grow into it, and how to express this through music.  Expect wider reflection on the life of faith and the Catholic habit of being and seeing to infuse all parts of the curriculum! 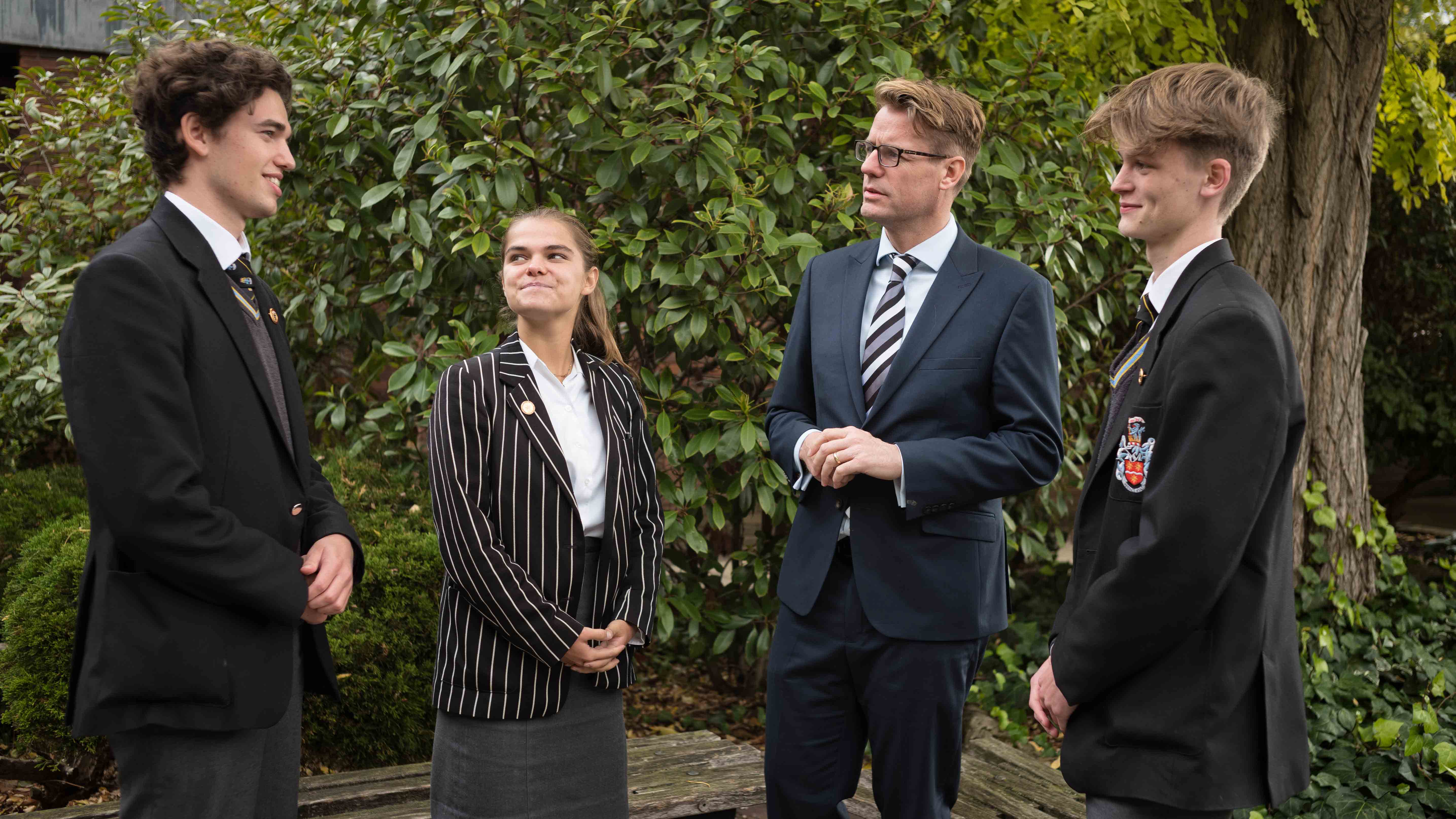 We recognise that any effective education must involve strong pastoral support, however old the pupils. As such, at the Oratory, Sixth Form pupils are allocated to a form, under the direction of a Form Teacher, comprising of some 20 pupils; an Assistant Director of Sixth Form has direct oversight of their immediate pastoral issues, and supports them in their studies through our monitoring and tracking process. Assistant Directors of Sixth Form report and refer any major concerns to the Assistant Head for Sixth Form (Pastoral). Having an Assistant Head dedicated to Sixth Form pastoral issues thus strengthens the level of support. Sixth Form pupils also continue within their House structure, with new pupils joining us being suitably allocated to one of our six Houses.  Housemasters thus also become important points of contact in looking out for Sixth Form pupils and acting as a sounding board for their development. Sixth Form pupils are also ably served by our wider pastoral structures and personnel, which include amongst them a strong, supportive and proactive counselling team, and a full time Chaplain. 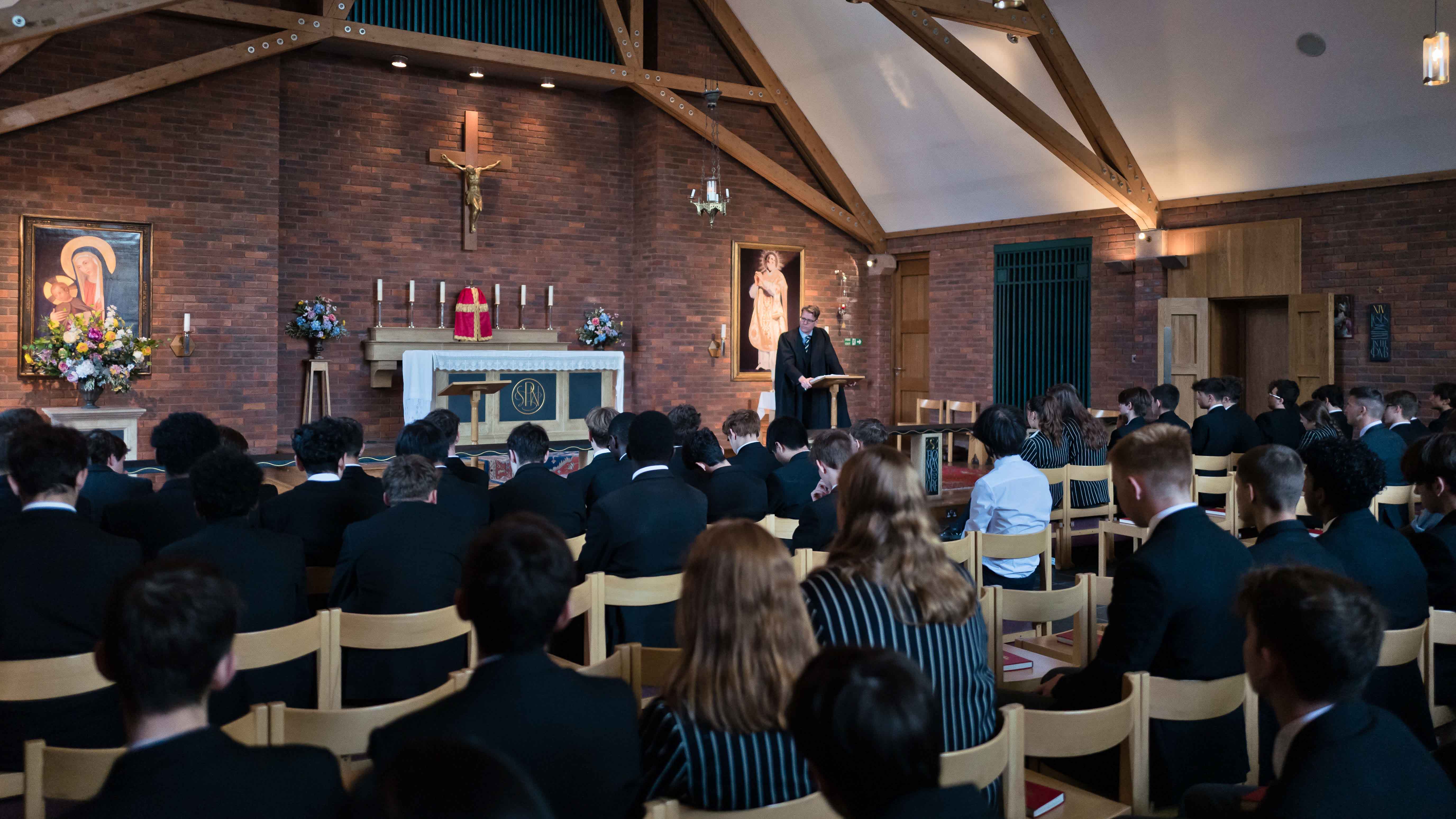 Faith and Leadership Programme
We call upon our sixth formers to take up the challenge of Catholic leadership- contributing fully to our community and the wider community. Through a culture of service we hope to enrich and strengthen our pupils’ abilities to contribute in their future lives.

Leadership
We expect all Sixth Formers to serve as role models and to contribute to the smooth running of the School by carrying out important duties. We have a team of Senior Prefects who represent the School at key events and coordinate the actions of other prefects. Sixth Formers are called upon to work with younger pupils as form prefects, helping younger pupils to organise themselves and leading prayers in morning form period.

‍Community Service
We expect all members of the Lower Sixth Form to participate in a project supporting other people. Outside school there are three main areas where pupils participate: a local primary school supporting the school reading programme; visiting senior citizens at a local residential care home; working with the homeless one Saturday morning a month at a homeless shelter. In addition, there are opportunities to support our younger pupils with their studies. We find that involving our senior pupils in these ways provides excellent opportunities for making a difference to the lives of others and for personal growth for our own pupils.

‍Journey in Faith
At the heart of everything we do is our shared Catholic Faith. For sixth formers, we continue to provide whole school services and morning House assemblies. Each morning starts with a prayer and a reflective passage. We have a chaplain who coordinates a programme of class Masses, retreats and pilgrimages.

All Sixth Form pupils at the London Oratory school will take part in an extensive RSE & PSHE programme (Relationships Education, Relationships and Sex Education; Physical, Social, Health, Education). The two-year programme fully implements the Department for Education’s Statutory Guidance and goes above and beyond. The aim of the curriculum is to equip pupils with the knowledge and skills to successfully and safely transition from adolescence into young adulthood. At the heart of Sixth Form RSE & PSHE are Catholic virtues, therefore the two-year programme is underpinned by a spiritual and moral framework.  Within this context, the over-arching aim is character formation and the development of personal identity in order to enable each pupil to develop the virtues to equip them to enter into adulthood.

The programme has been designed over the two years of Sixth Form life to cover a wide range of topics, broadly falling into the three categories of Health & Well-being, Relationships, Living in the Wider World. The topics are targeted at the appropriate stage of the school year to enable pupils to successfully navigate the varied challenges of Sixth form life. There is a particular focus on transition periods of entry into Lower Sixth, entry into Upper Sixth and exiting Upper Sixth into adult life. The major transitions into and out of Sixth Form will also work in conjunction with additional drop down days to ensure provision is sufficiently detailed, varied, and supportive. Pupils will benefit from group workshops and regular visits from external speakers, enabling meaningful and interactive discussion punctuated by consistent opportunities for Pupil Voice.

We strongly believe that education is not just about activities defined by an examination syllabus. Our sixth formers are expected to take advantage of a wide range of opportunities to develop their sporting, cultural and intellectual lives. Through participation in extra-curricular activities, sixth formers develop a variety of skills, ranging from teamwork, time management, leadership and technical proficiency.

The main winter sports are rugby, and netball. We also offer water polo, table tennis, basketball and volleyball, athletics, tennis and cricket. The school has a well- equipped Fitness Centre which pupils, who successfully complete an induction programme, may use before and after school. We offer the opportunity for pupils to take a Community Sports Leadership Award which provides pupils with the skills to supervise and organise sporting events in the wider community.

We have a well-established Duke of Edinburgh’s Award Scheme. Sixth formers new to the school and the scheme would be able to follow the gold award. For pupils who have already completed silver, the gold award is available.

The musical life of the school is extremely rich. There are a wide range of ensembles for pupils to join and to enjoy. Pupils may follow music lessons in any solo instrument or singing. Each term sees one major concert involving more than one hundred performers. We have a number of choirs including a choir for sixth form girls.

We have a purpose-built 300 seat capacity theatre which is not only an excellent concert venue but a stage for memorable dramatic and musical theatre productions where sixth formers play a prominent role. The first term sees a sixth form dramatic production which provides a range of roles both on the stage and in support. The second term sees the sixth form produce a major musical production. For pupils who do not wish to perform on the stage, there are a wide range of backstage roles to play supporting productions.

Outside sporting and cultural activities we run a number of different societies where sixth form participation is prominent. These include Science Society, History Society and Literary Society. Outside specific subject-related societies we have the Newman Society which considers ethical and moral issues. All these societies invite speakers to talk to interested pupils providing extra opportunities for pupils to expose themselves to challenging ideas and new perspectives. The quality of visiting speakers is high and the debate stimulated by the visits is rewarding.

We are highly involved in the Model United Nations movement sending award-winning delegations to a number of conferences in the UK and overseas. Pupils learn to view global problems through the eyes of a particular country, digesting key data quickly and developing advocacy skills as well as the softer skills of negotiation and compromise.